...[Jesus] began teaching in the synagogue, and many who heard him were amazed. They asked, "Where did he get all this wisdom and the power to perform so many miracles? Then they scoffed, "He's just a carpenter, the son of Mary, and the brother of James, Joseph, Judas, and Simon. And his sisters live right here among us. They were offended and refused to believe in him.             -Mark 6:2-3   (NLT)

They were amazed!! They scoffed; they were offended. Which is is? They saw he had wisdom and power to perform miracles. MIRACLES!! Miracles, at least for me, are not an everyday thing. The people who knew Jesus couldn't accept that he was able to do these amazing, miraculous things. Maybe they thought he was just like them. And then he wasn't. They knew him one minute and the next they didn't. He did not live up to their expectations and firmly held beliefs of who Jesus was supposed to be. He had changed.

His demonstration of God's power changed their world. Were they fickle? Are we fickle? Or do we tend to react out of fear? Because what they thought they knew had been changed. If Jesus, Mary's son, changed & became something different, what else could shift? How far off level could their lives tilt? We all struggle when things change.

But what if we paused ... and truly considered what change could mean in our lives? What if we stepped out of our fear and into possibility? What if the new is so much better than the old? What if we gave it a chance? What if.... ? Miracles can happen. Take the leap and lean into the new. 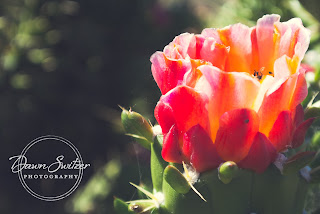 Posted by Dawn Switzer at 10:43 AM No comments:

Dawn Switzer
Graced by God, wife, step-mom, grandma, dog mom, Nikon shooter, crafter, blogger. Motto: tune my heart to sing thy grace. My passion is showing the beauty of God's World with God's Word. Simply because the every day is extraordinary.